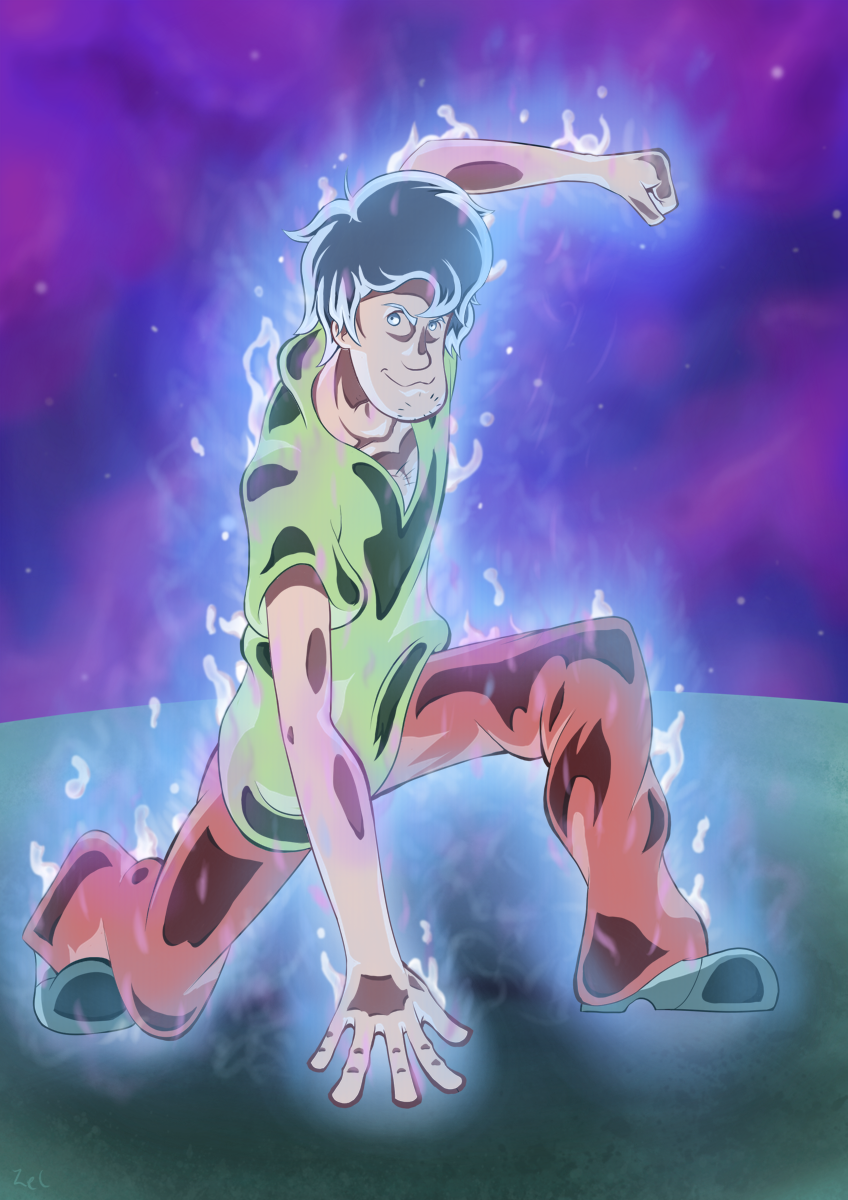 Shaggy Rogers is a character from the long-running franchise of cartoons Scooby-Doo. Beginning in Scooby-Doo, Where Are You? Norville "Shaggy" Rogers has become a very popular character, being the comic relief and main character, alongside Scooby himself. He is often depicted as a glutton, eating any food he can find, particularly sandwiches and a brand of food named "Scooby-Snacks", which Scooby-Doo was named after. Memes about an invincible Shaggy became popular in the middle of January 2019. It all started in October 2017, when the Ultra Instinct Shaggy video appeared on YouTube. In the video, Shaggy fights with a gang of thugs under the influence of hypnosis. This scene was from the episode of Scooby-Doo: Mystery Incorporated called Shaggy Saves The Day!

The term Ultra Instinct is a form a character can take in the popular and long running anime series Dragon Ball Z. Many petitions have arised to have Shaggy become part of the playable roster in the then upcoming video-game, Mortal Kombat 11. Although Warner Bros. Studios, the license holders of Scooby-Doo, have a good relationship with NetherRealm Studios (who developed Mortal Kombat 11) as they are publishing the game, Shaggy was absent from the newest entry in the long-running fighting game franchise.